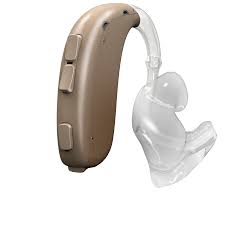 My grandmother was known for entertaining guests; in fact, the stone at her grave makes note of her skill as a hostess. I recall standing in the kitchen with my mother, while we were preparing the house to sit shiva* for her. I was busy getting the table organized, setting up coffee, and making sure the house would be ready to receive guests after the funeral. My mother was standing there, frustrated, trying to arrange a vase of flowers (something my grandmother seemed to do effortlessly,) and Mom looked up and said she needed her mother’s expertise. This was an unusual moment of vulnerability for my mom, but it was in keeping with such moments: she wasn’t allowing herself to express grief for her mother’s death, just commenting on how she wished she could arrange the flowers as well as her mother had been able to. I felt the weight of that moment, the smothering of grief and loss beneath the weight of social obligation, the same way I felt the weight of the moment when I’d covered up the mirror in the front hallway and set up the hand washing station at the front door.

Grandma used those amazing hostessing skills to support my grandfather’s business endeavors. She used them when they owned Timber Point Country Club in the 1960s. And they were often on display when I was a small child. Grandma and Grandpa had a wonderful house for children to ramble through, situated on the south shore of Long Island, with plenty of space for us to be outdoors and out of the way. But even amid the labyrinth of corridors, the lush backyard, the house was not without its shadows.

The imaginary monsters of childhood lurk in closets and under the bed, and everywhere else. Mine hid in public restrooms, the boiler room of our home and in my grandparents house. In their living room, where no one ever sat, hanging near the fireplace, were two pencil sketches: one of a cat, and the other of a man. I always found the sketches creepy. Another monster was a rabbi, whose portrait haunted the long hallway between the front and back of the house. He had a long brown beard, you could see a kippah on his head, and over him was draped a tallis (prayer shawl). There was no way for me to avoid those places in the house. Seeing the fireplace pictures could be limited– we only had to walk towards the fireplace and see those pictures when we were leaving.. And the air always felt colder near the attic, and the eyes in the painting followed me as I rushed past it, keeping my eyes pointed at the floor, and feeling the nerves in my stomach every time. That rabbi knew what a terrible person I was, all my dark secrets, he was watching, and reporting it all back to the one who sits in judgement.

In spite of those things, the house is a place I remember fondly, with good memories of love and celebrations. My grandparents’ friends were frequent visitors.Some of them they had known since my mother was a child, and some of them were more recent acquaintances. And I was expected to find the sweet spot between being a charming grandchild and being out of the way. I think all of the girls were (there were three of us, close in age, with 22 months between my older cousin and my younger sister,) an expectation we lived up to with varying levels of success… Woe betide the shy child, though–the scolding that she would endure for being frightened of strange, loud people who had usually been drinking quite a bit could be a lasting bruise on even the most self-possessed and secure sensibility.

Another monster was Mr. Gilbert. My grandparents’ friendship with the Gilberts went back at least as far as my mother’s childhood. The story my mother has told most frequently is that when she developed osteomyelitis (at age 8 while at summer camp) Mrs. Gilbert would come and sit with them daily through the treatments and uncertain diagnosis, and she would bring popsicles. I remember Mrs. Gilbert as the person who gave me a giant soft rag doll, taller than I was, in a bonnet and calico dress, and who had given me the small quilt and matching pillow that sat across the foot of my bed throughout my childhood, and even beyond. I remember her because people seemed to expect we would have some kind of special connection because we shared the same birthday. Mr. Gilbert was never my favorite… never as kind or as interested as any of the others, always distant. According to my mother, Mr. Gilbert was a wonderful, sweet man. I don’t remember him that way.

I was probably three or four when Mr. Gilbert became a monster. It was a normal sort of day at Grandma and Grandpa’s with women in the kitchen, men somewhere else, and kids wherever we were supposed to be. I was in the kitchen, perched on the island. I had carrot sticks, fancy ones, cut with a crinkle cutter, and I was happily crunching away while a game of Scrabble took place at the table nearby. Mr. Gilbert smiled and began to chat with me. Most children, we know, are curious about bodies, so Mr. Gilbert naturally asked:. “Would you like to see me take my ear off?”

I have no idea if I answered, or he just did it without waiting for consent. I just know that what came next caused me to fear him for the rest of his life.

He took off his ear.

I watched him as he reached back, put his thumb behind his ear, and, with a firm tug, detached it from his head. He placed it on his open palm and displayed it for me. Then he put it back on. I didn’t scream. I didn’t cry. If I had, this story would have become part of family lore, told and retold for maximum embarrassment, again and again, or I’d recall the castigation from my grandmother, or possibly both. There would undoubtedly be some kind of shame involved. I can only assume I sat there, silently, not sure what to do next, as he “reattached” his “ear.” I can remember, though, that after that day, I tried to avoid him whenever he was present… and Mrs. Gilbert as well. And I kept the story to myself until I was in my mid twenties.

I don’t know why it took me so long to tell this story to anyone. Did I already know that the fear of something totally imaginary, like removing an ear, would make my mother think less of me? Or that expressing the fear of someone important to my grandparents would lead to an intense repreprimand from Grandma? Did I know somehow that it would be dismissed as overreacting? It wasn’t overreacting for a preschooler who was still discovering so many things about the way the world works. Those instincts–fear, distrust–keep us safe. We train ourselves out of trusting our instincts though–not because of good old American boldness, but more likely just in the name of politeness, in the interest of avoiding conflict. Sometimes we allow “no” to be the beginning of a negotiation, instead of remembering that “no” is a complete sentence.

I’m not very good at saying no to other people. I don’t listen to my own instincts, and I get in my own way far too often. Just like fear can be a thrill or a warning, “no” can be both weapon and armor. I’ve let my own fear of hearing “no” from other people be a barrier to taking chances. It joins forces with the other negative voices inside my head to gain so much power that instead of protecting me sometimes, I let it take me down. And as I’m sitting here acknowledging the power of fear and the power of “no,” I wonder… why is it so hard for me to find my own power in there and to defeat the “no” voice?

When I started to write this story, I was thinking about childhood fears and body parts falling off. I thought about Mr. Gilbert’s ears and about my sister, who feared her belly button becoming unknotted and who was convinced that if that happened that she would go flying around the room and deflate like a balloon. I thought I was writing about the power of childhood fears… how the world remains frightening and mysterious when you’re not ready to puzzle some things out completely. Things like how, after I read the book Helter Skelter, which I read way before I was really ready to read it, I refused for years to sleep with my bedroom windows open from the bottom, because there was something in the book about breaking into homes to commit murders that way. I didn’t know that telling this story would lead me down a road I hadn’t traveled in a long time… or how scary that road would still be. Mr Gilbert took his ear off for me more than four decades ago, and I was afraid to say “no” then. I’m still afraid to say “no” now. Saying “no” feels dangerous, and so does not saying no. It’s a little like a puppy chasing its tail. At some point, something has to stop the cycle of fear and consequences, or something has to grow bigger than the fear of the consequences. When I finally told the story about Mr. Gilbert’s ear, I had grown–grown beyond the fear of detached body parts being a real thing, beyond fear of retribution from adults about being afraid, and beyond fear of the story being told by my parents as a tale of childhood embarrassment mislabeled as cuteness. And although I thought I had stopped being afraid of childhood monsters many years ago, I’ve discovered that childhood is filled with real monsters. Not the kind that loses body parts or drinks your blood or turns you into a werewolf. The monsters do something much worse. They take your inner “no” voice away. And the silence can cripple you for life.

I’m a grown up. I’m a parent. I still remember the feelings about embarrassing childhood stories, and so I’m careful when I pick and choose stories to tell about my own children, especially online: asking permission, blurring details and keeping things as anonymous as I can. Because I’m afraid that if I tell embarrassing stories about my children without asking, they’ll lose the word ‘no’ the way I did.

*Sitting shiva means sitting on a low stool for seven days, in company with your friends and relatives. It’s a Jewish mourning ritual.

One thought on “Erika’s Big Think #6: The Story I Never Told my Grandmother”