At least according to this week’s guest, who tells us: “If you want to make it to Broadway or let alone Broad Street in Philly, you have to take the notes.”

Another Friday is here, and we’re getting ready for a long weekend (and some of us for Rosh Hashanah, too). We’re taking the week off from new podcasting, and our excitement over the theaters reopening has led us to revisit Andrew’s interview last year with performer, director, producer (and more!) Renee Chambers Liciaga. Renee’s influence on Andrew is clear to anyone who works with him or who participates in his walking tours. During the summer of 2020, Renee took on the seemingly impossible task of mounting a live theater production, and as you listen, you will hear about the innovative ways in which her team solved the obstacles, like masks and social distancing. Renee’s energy as a storyteller is infectious, and you can’t help but experience her joy when she talks about previous performances, both domestic and international. Listening to her, it’s easy to see how her lessons on leadership influence everyone in her orbit (including a certain Andrew Rimby, who was only 17 years old when he entered that orbit).

In the midst of this visit to the ancient history that 2020, we are also greatly excited about the new things we have coming down the ‘pike. So help us welcome our new Boiler Room denizen, Ceren Usta, who is helping us with marketing. And don’t forget to check out the debut author in our series of featured writers, Judy Russ!

So what are Andrew, Mary, Erika, and Adam doing when they have a bit of down-time?

As Andrew is prepping for teaching this week, he read, for the first time, “Let America Be America Again” by Langston Hughes. A line that the speaker keeps repeating (in parentheses, which is often an important poetic device revealing an inner monologue moment) is “America Never Was America to Me.” Andrew tells us: “I’m already learning so much from my students. They’re pointing out Hughes talking back to Whitman’s vision of democracy, which fails to create an equitable system for Black Americans.” If you haven’t, you need to read Hughes’ poem and then read Whitman’s “I Hear America Singing”). Then, you’ll see how Hughes not only urges for an America that includes Black Americans in it, but most importantly, is that equitable for all marginalized identities (remember Hughes was a queer Black poet).

Once Andrew knew that Ivory Tower Boiler Room would rebroadcast Renee Chambers Liciaga’s episode, he went in search of a podcast episode that would discuss cultivating your passion. Well, he was in luck, and found an episode of the NPR podcast Hidden Brain about “Cultivating Your Purpose,” which he recommends you listen to.

Andrew hasn’t started a new television series yet, because once he begins, he knows he will start binge-watching it (and then won’t be able to grade his students’ work). But, he did recently watch the revitalized “$100,000 Pyramid,” hosted by Michael Strahan, and featuring… wait for it… Dorinda Medley and Sonja Morgan from the Real Housewives of New York. He was in Housewife and Game Show paradise. 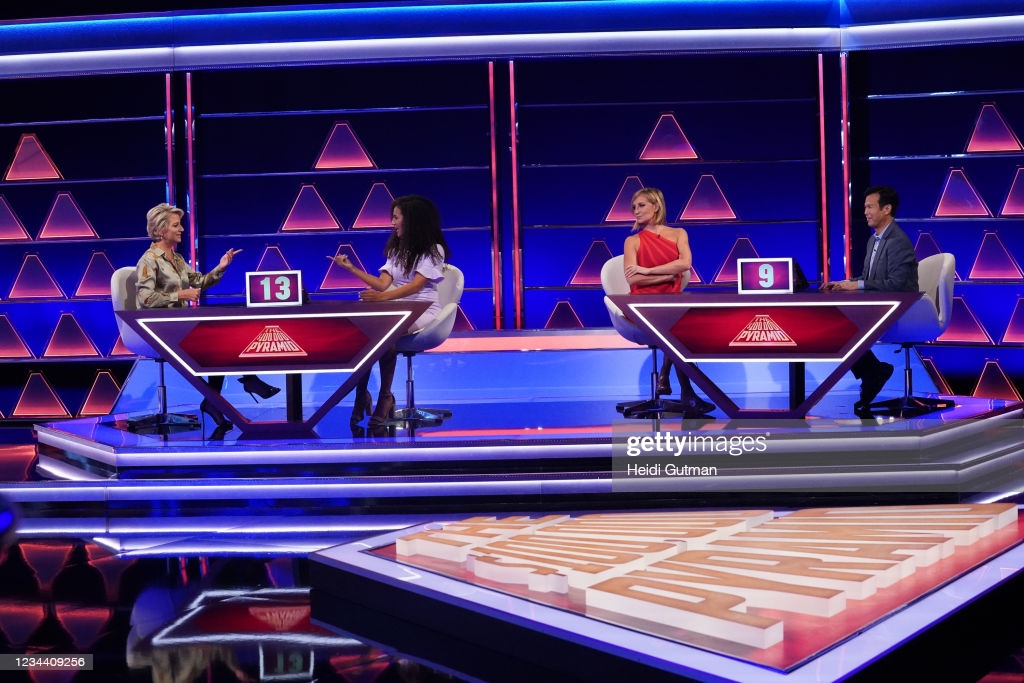 Mary is continuing with her reading of We Keep the Dead Close. We’re anticipating her complete review when she’s done.

She has finally seen Quentin Terantino’s Reservoir Dogs in its entirety! She loved this film and was thrilled to hear “Stuck In the Middle With You” by Stealers Wheels playing in the background. It truly made her smile.

Mary is also recommending a podcast–Burnt. This is a podcast about the scandalous and crime-filled story about the musical that never made it, Rebecca. The podcast is hosted by Blake Ross, the former Editor-In-Chief of Playbill.

Erika was excited to hear Andrew mention Langston Huges this week; she also loves the poem “Let America be America.” One of the ways Erika has shared her love of poetry is by posting favorite poems on Facebook on holidays, and she posted this one on July 4 a few years ago. Langston Huges however, has not been on her reading list this week; instead she’s been getting ready for Rosh Hashanah with the story of Hannah, who is part of the holiday liturgy. She’s also researching things to add to her repertoire of apple recipes for the holiday–one of Erika’s favorite things about Rosh Hashanah is the way apples are featured.  The new novel on the table this week is Brandy Colbert’s Little & Lion, alongside Stephen Rowley’s The Guncle. (We’re excited to interview Stephen Rowley soon, and to feature this book as an upcoming book club selection. )

Erika’s been listening to Mozart this week–the Duo for Violin and Viola, and the Viola Quintets–especially the underappreciated Quintet in C major. She has not yet tried to subject Adam to further education on the magnificence of the viola, but, if he can convince her to voluntarily listen to Romantic composers, she will use the same determination that let her overcome her writer’s block in the last year to convince Adam that viola music is rich, beautiful and under-appreciated.
https://www.youtube.com/watch?v=g3Qr9xk-k5E&ab_channel=MatthewLipman

She’s also listened to the first three (only three, so far) episodes of the new podcast 2 Queers, 4 Questions. Each episode focuses on a different holiday and four questions associated with it. After the introductory episode, they focus on Rosh Hashanah (which is the Jewish New Year). The discussions about being transgressive, and about teshuvah (Hebrew for “repentance”) are fascinating, as is the exploration into why Rosh Hashanah, the Jewish New Year celebration, takes place, not in the first month of the year, but in the seventh.

Friday means the new Cinderella has been released on Amazon Prime, although Erika certainly hasn’t gotten to that yet. She did however settle in with Netflix and watch The Chair–if someone had taught Melville to her the way they teach Moby Dick in the show, she might actually have liked it a lot more. She also watched the animated series Q Force, which brought back fond memories of old episodes of Super Friends as a kid, and of The Ambiguously Gay Duo, later on.

Adam has been reading around in The Power Broker by Robert Caro. It’s a surprisingly exciting, fun read (so far… a scant 250 pages in), as well as being soul-crushingly bleak. But you know. In an exciting way.

Adam is still watching Buffy the Vampire Slayer . There’s a lot of episodes. They’re good, but Season 6 is… a lot, even upon rewatch.

And from Buffy to Buffy, Adam has been listening to the love songs and protest songs (which are really just a different type of love song) of Buffy Sainte-Marie. She is best known for “Up where we Belong” and “Bury my Heart at Wounded Knee.” But Adam has also had Chopin’s “Aeolian Harp” Etude stuck in his head, along with an accompanying stanza from “The Eolian Harp” by Samuel Taylor Coleridge:

And what if all of animated nature
Be but organic Harps diversely framed,
That tremble into thought, as o’er them sweeps
Plastic and vast, one intellectual breeze,
At once the Soul of each, and God of all?

Reading that poem, you shiver every damn time, don’t you? Every. Damn. Time.

If you enjoyed this piece, please consider making a donation to help us grow our literary and artistic community.